Literary Titan Interview of SOUL AFTERLIFE: The Casual Evaporation Of My Individuality 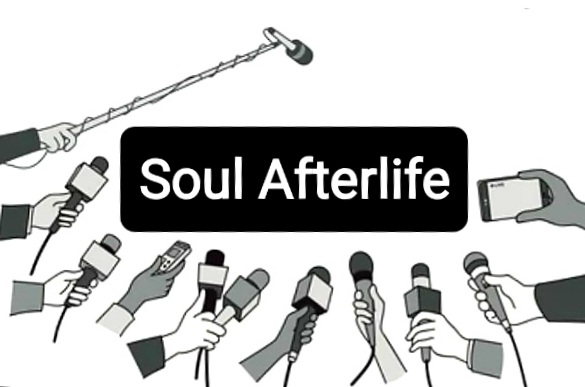 Q & A with author, Bud Megargee

1. Soul Afterlife delivers a thought-provoking examination of life, death, and the afterlife. Why was this an important book for you to write?

Several years ago, I was studying at Wat Yaranna Rangsee, a suburban Thai Buddhist Monastery in northern Virginia. Although the topics of life and death were occasionally discussed, any tolerance for hard-hitting afterlife debates were almost always tabled or played down.

Let me explain why something like that might occur. Buddhists believe that it is the human ego that triggers suffering when we struggle to find our personal compassion for death and a possible karma driven afterlife. Additionally, they have an uncommon expectation about what occurs after we take our final breath when compared to the general population. These unconventional views are conveyed in the Buddhist doctrine of anatman – the principle of “no self/no soul” that is discussed in the book.

I found anatman to be a difficult concept to support. My explanation for that struggle? My ego’s outright refusal to accept that upon passing I am basically a ball of energy that dissolves and wanders off into the cosmos. I could not comprehend the casual evaporation of my individuality – the essence of who I am.

As a result, my ongoing mystical questions and the narratives within the book were attempts to unearth what is required to “emotionally balance” what I have held as historical spiritual beliefs against newly acquired information.

In writing about a Soul Afterlife, I was not testing my Buddhist friends tenets; I was humbly seeking to understand unusual beliefs that conflicted with my understanding of otherworldly adventures.

What I did not expect, however, were the powerful opportunities and unorthodox possibilities that the soul guide Laz shared.

2. What is a common misconception you feel people have about near-death experiences?

I am not sure I would classify anything I have learned as a misconception regarding near-death experiences. Certainly, there is a scientific community that suggest multiple explanations as to why someone might have mental, emotional, or visual outcomes when their biological systems shut down. Additionally, there are a number of academic and philosophical professionals who have a wide variety of explanations regarding human consciousness, and they would add to the debate.

In Soul Afterlife I tell the story of a former patient, Whitney – it is the only earthly exposure I have had with a near-death experience. As I began asking questions about an afterlife, it was my ability to recall that encounter that led me to believe that there might be something beyond what many individuals encounter. As my questions were laid out and the answers were forthcoming, I tried to imagine something beyond what I found in research and discussions with religious scholars – something that might just be extraordinarily different.

For any readers seeking to examine conventional expectations from near-death experiences, I suggest visiting the University of Virginia’s School of Medicine – Division of Perceptual Studies. For others looking for a more mystical “life after Life” exposure, Michael Newtons works, including “Destiny of Souls” is an option.

As for me? My guide was insistent that near-death walked along the parameter of an afterlife experience and, as a result, souls experienced aura attachments, human memories, religious beliefs, or alternative lives in near-death – beyond those boundaries everything becomes more complex.

3. I appreciated all the candid reflections on life and life after. What were some themes that were important for you to explore in this book?

Throughout my ten-year adventure into the world of souls there were three primary themes that were laced throughout the five unconventional memoirs that have been published, including Soul Afterlife – Beyond the Near-Death Experience.

The first was the part my human ego plays in suppressing the awareness required for me to see beyond the obvious. The second was the reminder that I am largely made of undying energy, and the third was how I am fixed to the critical elements of life, especially water.

To answer your question, however, let me briefly explain the influence of the human ego; it is the essential theme played out in Soul Afterlife.

To begin, my Buddhist friends have always promoted the human ego as a heartless regime that is on an untiring mission to suspend the development of my human mind, and, to a degree, I concur with that approach. I was encouraged by my monk companions to liberate my ego’s authority over how to live my life – by imagining that nurturing this ability would make available an unpolluted release of both daily life and spiritual awareness. Essentially, I came to trust that there is much more to be understood that the human ego will permit to be known, and if permitted to an unlocked (aware) mind, unusual afterlife possibilities can be explored.

I believe the premise that reverberated most throughout the year long journey was this – “stagnation only comes with the human shell, and when that occurs, the human ego takes over stalling out the soul’s evolution”. I found it odd that throughout life we intentionally rely on our ego for support and strength while developing our earthly plan and self-esteem, yet “soul awareness” might be more achievable if the human ego is silenced.

4. What is one thing you hope readers take away from your book?

I believe there might be two that I recommend. First, from a spiritual or soul perspective, we are more than we could possibly imagine. Too often we become locked into the expectations of others and present-day dogmatic understandings – assuming life just becomes easier to navigate under such a mindset. I was consistently invited to think about how traditional spiritual teachings assist during daily human activities yet may delay how a soul might navigate an afterlife. How regrettable, I thought, if this is true.
The second takeaway was Laz presenting the image of an old fashioned “key”. He disclosed that it represented the ability to become mindful to discretionary prospects after we die. Suggesting that newly formed afterlife alternatives might create unobstructed pathways for our future soul travels. I was plagued by that comment.