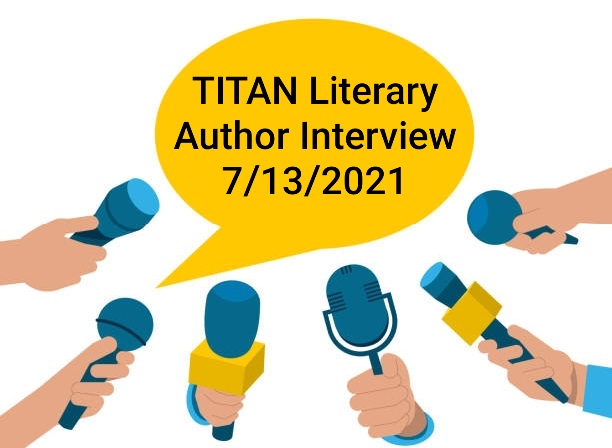 1. “Soul Afterlife” shares your personal journey and the discoveries you have made along the way. What were some key ideas that you wanted to explore in this book?

That is an excellent question. Over a ten-year period, I noted more than a few explanations regarding the meaning of the phrase, “spirit of man.” It was, in part, an attempt to clarify the mind/body/spirit treatment concepts that were expressed in the psychiatric/behavioral health hospital industry. I explored medical, psychological, traditional religious, as well as philosophical justifications for using the word “spirit” – both in the positive and negative. In addition, I studied at a Taiwanese Buddhist monastery in Northern Virginia to understand deep-thinking Eastern philosophical views of the subject of human consciousness. At this holy place, I was introduced to the Buddhist/Sanskrit doctrine of anatman, also described with the Pali term anatta. My Buddhist friends argued that nothing is constant, everything changes through time – that we all have a constantly fluctuating stream of consciousness. In essence, there is no underlying substance that can be called a human soul or an independently fixed spirit.

I was conflicted over this when comparing it to everything that I was discovering. My latest book – “Soul Afterlife -Beyond the Near-Death Experience” – begins by documenting this debate: How can I bring into focus the Buddhist doctrine of anatman in the middle of everything I was uncovering? Ultimately, it required the discipline to look beyond obvious explanations – to remove the veil that seemingly walled in my superficial understanding. Only then could I begin to balance the scales concerning what was behind my continuation – that which I understand to be the consciousness of Bud Megargee.

My key ideas or strategies to explore all of this were:

First, if I place aside the doctrine of anatman, can I find my answers to the “spirit of man,” outside traditional interpretations of the human spirit and in a metaphysical account of what a soul and soul life might look like?

Second, in taking such a voyage I wanted companions – I did not want to travel alone. I wanted readers to become “co-pilots” and journey along with me into uncharted waters to challenge the authenticity of what we all have been taught about a life, death and our consciousness. The only requirements and tools that would be required? Our questions.

2. Have your spiritual ideas changed or evolved after your time studying at Wat Yaranna Rangsee?

I do not think that they have changed or evolved in dramatic fashion. Perhaps they simply have been categorically enhanced. Let me explain: My Buddhist monastery experience has not been one of deep philosophical enlightenment. Rather, I would classify it as settling on what “core” life beliefs, insights, and actions are essential to whom I have chosen to grow into. The voyage to become deeply self-aware is a weighty challenge. I found that Vipassana meditation – the dedication to self-examination and observation – provided the impetus to consider what I might need to change or adjust to become less flawed.

Confronting the notion that we are significantly more than we can imagine requires the courage to be self-forgiving, less imperfect and more compassionately aware. Perhaps, upon reflection, they would be the spiritual changes I would comfortably recognize.

3. What is one piece of advice you wish someone had given you before studying at the Buddhist Monastery?

I do not believe that there is a standard training pamphlet that exists prior to visiting a monastery but, here are several of my observations.

I remember initially standing in the entrance to the morning meditation room frozen by the level of respect that was on display between the monks, nuns and early morning visitors. Fashioned within the sounds of chanting and the periodic sound of the striking of an ancient bell, attentive monastic individuals were seeking the challenge of hunting for a moment of sincere enlightenment. Concentration, empathy and understanding are not just expressions for belonging within a Buddhist community. They are the needed building blocks for a heedful way of living.

So, to answer your question more directly – I would like to have been more prepared to understand that I would be an eyewitness to the heart of monastery attentiveness. That laced between the hum of an Om mantra, I would uncover the focused concentration necessary to grasp that, absent of my ego, I am more than I could possibly imagine.

4. What is the next book that you are working on and when will it be available?

For the record, in the beginning, I never intended to write or publish anything as unconventional as life within the spirit world. Yet, with five alternative memoirs now in publication, including “Soul Afterlife – Beyond the near-Death Experience,” I am in the middle of organizing a sixth.

One theme that is universal throughout my mystical narrative accounts is the storybook temperament and collaboration of all energy. Within the literary limitations of “Soul Sins,” “Soul Mechanics,” “Soul Imprints,” and “Soul Afterlife,” there is an interconnection of energy with the natural elements that shape how we eventually act as a community.

It is becoming increasingly clear that stockpiled energy defines specific outcomes – individually, ecologically or within the intimate fabric of our society. As a result, I have begun to examine a detailed spiritual explanation of how the roles of water, fire, earth and air affects all life.

In “The Chaotic Energy of the Soul,” I knowingly engulf my mystical narratives into the turbulence created by positive and negative chaos. Not everything that we experience is tilted toward disorder, but we need human warriors – those individuals who possess the indispensable energy to actively set the scales within nature’s basic elements, and in doing so, ensure that we all live inside a balanced world.

“The Chaotic Energy of the Soul” will be available in paperback, eBook and audiobook formats beginning Spring 2022.